Get back to Laliga! . Experience the fun with Head Football, the only game with all teams, stadiums and official caricatures of the stars of Laliga Santander!
Download
4.2/5 Votes: 898,338
Report
Developer
La Liga Nacional de Fútbol ProfesionalVersion
Varies with device
Updated
May 27, 2021Requirements
5.0 and up
Size
69MGet it on

Head Football LaLiga 2021 Football Games. Download this football game for free and enjoy playing football with all the soccer clubs and superstars from LaLiga!

Choose your favourite football player among the official LaLiga teams, unleash your powerful shots and take your football team to the top of the football world ranking! ¡Score thousand of goals using the big head of your footballer and become the ultimate champion and the hero of your sport dream team!

🎮 Join millions of players in this exciting soccer game and enjoy playing with all your favourite footballers: Messi, Griezmann… Now you just need to choose your big-headed soccer player, get out on the field, show off your skills and win tournaments in-game!

⚽ TRAINING AND IMPROVEMENT
Level up your soccer players: SPEED to move quickly through the field, HIGH SHOT and LOW SHOT to make them unstoppable, JUMP to jump higher in each attack and defense and SIZE to beat your rivals.

⚽ CHARACTER EDITOR
Create your own football player with the incredible character editor, and play with him in the team you choose. Level him up like a real team player.

Play different modes of play and have the most fun playing football.

🏆 MISSIONS: Choose from three categories of missions that will unlock every single day. Earn rewards and advance in the progression simultaneously.

🏆 FRIENDLY MODE: Play a friendly match against any player! In any sport, training and coaching is key for success, and so is in La Liga!

Only the best players can face this soccer challenge! Show your skills with the ball and try to survive in football matches jumping, kicking the ball, bobbing and running faster than all your rivals within games without internet. 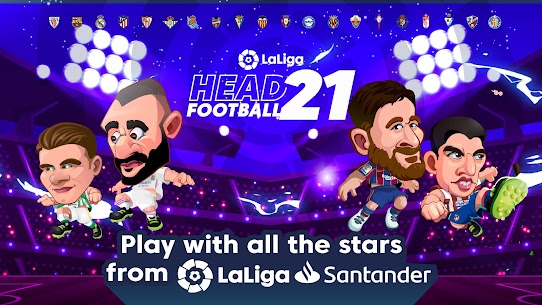 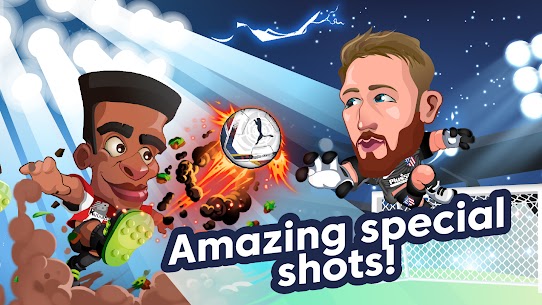 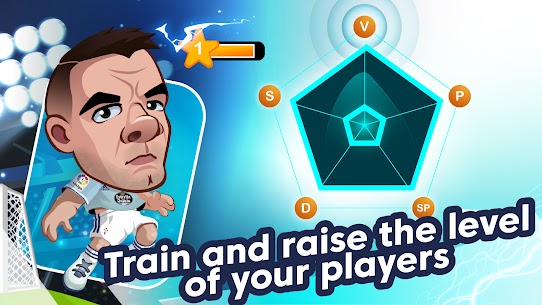 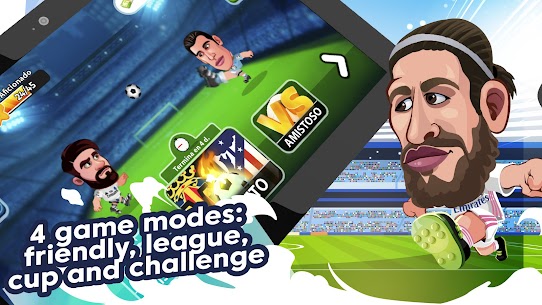 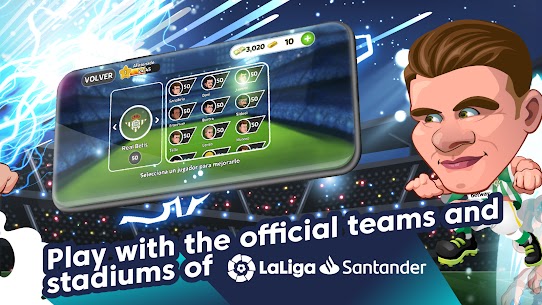