iEncrypto seems like a chat app, but it's not; instead, it's a simple but efficient solution to encrypt text sent over any messaging app or email. Consider it an extra layer of security that you enable when you need to send sensitive data.
New
Download
4.5/5 Votes: 34
Report
Developer
AmparoSoftVersion
1.3.0
Updated
June 16, 2021Requirements
4.4 and up
Size
6.8MGet it on

iEncrypto seems like a chat app, but it’s not; instead, it’s a simple but efficient solution to encrypt text sent over any messaging app or email. Consider it an extra layer of security that you enable when you need to send sensitive data.

– Share secure text messages through any messaging app with iEncrypto

– It’s not a chat app, but it looks like one

– Lock the chat page so that no one may view or read it.

– Delete any messages or chats

iEncrypto is simple to use:

It’s as simple as writing and pasting, copying, and reading!

All applications are different; some have a better level of protection, while others have none at all. Their encryption implies that messages cannot be read by sniffing a connection, but there are other methods to obtain your data, like when your phone is stolen. Have you also noticed that, even with end-to-end encrypted chat software, you’re still being served advertisements regarding what you just texted? They most likely know and use at least some of your personal information.

This app was designed for everyday users who just want to have fun sending secret messages fast without knowing anything about cryptography, we do not claim to have invented the most secure encryption method out there, neither is it the app’s goal. Its main purpose is to increase your privacy from the messenger’s company/app. And for that purpose, a simple “random” character reordering algorithm would have been kind of enough. That was too simplistic, so we went much further than that. Think about this. Would the messaging company try to break your encrypted messages? Probably not. But, what would they do with the plain sight text messages they have from you? 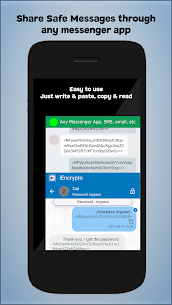 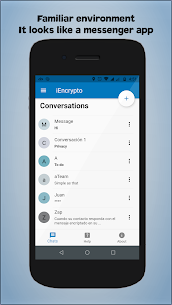 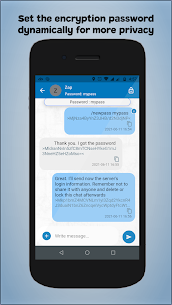 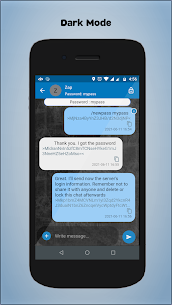 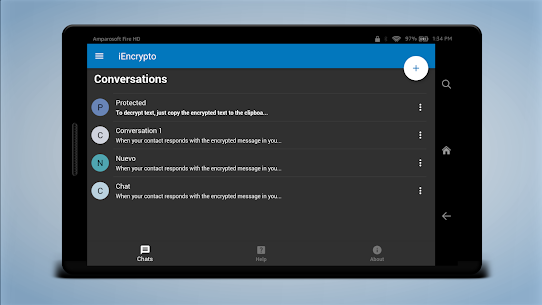